The Boat Ride is a rollercoaster that allows you to enjoy 360 degree views while swaying with the motion of the ocean. Your rocking the boat back and forth which gives you ample time to enjoy the views of the park while you sway. I came up with this idea after a ride that use to be really popular in our local amusement park. It was a boat that would go back and forth, taking you upside down and over a couple of times. I liked it even though I also feared it. Perfect for my Minecraft Electra Amusement park.

Create the Minecraft Boat Ride Yourself

This ride is really easy to recreate. Make the track by creating a row 15 blocks long on the floor. Start the rise of the coaster from both ends of the 15 blocks by placing each block higher than the last. You can make it as high as you like, but higher is better. Use blue wool blocks to simulate the ocean. When it comes to laying down the tracks, you’ll want to start in the middle with just a rail, at block 8. On either side you’ll want to place a detector rail next, then a powered rail and next is a detector rail like in the photo.

Do it again with placing another rail, and then a detector rail, powered rail, and another detector rail. You’ve reached the beginning of your ascent and will want to start the ascent with 5 rails. The placement of the rails is important because the powered rails accelerate your cart. To get that initial swaying motion at the beginning of the ride you will need to make sure you have enough space that you don’t have the momentum to travel all the way up the rail the first couple of sways.

In order to make sure that your cart turns around and goes back down on its own, you’ll want to make sure your last rail on each end is not laying flat. To do that place another rail and then delete it and replace with a block. (If you don’t put a block your cart will keep go off the track). You want each end of your ride to look like the photo.

To make it into a official boat ride build a boat around the 15 blocks laying flat, using it as the boat floor. You can even do as we did and add ice blocks and a pool to raise the ground and show the boat in water. 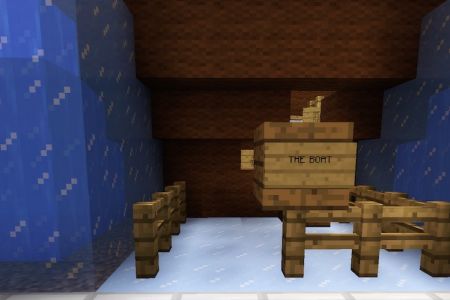 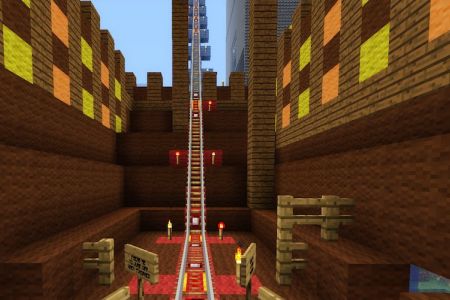 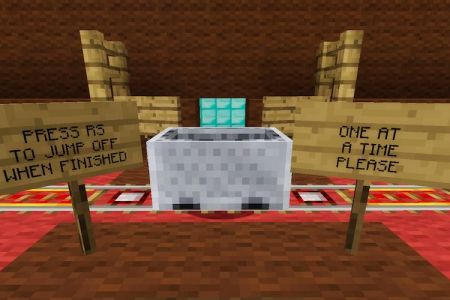 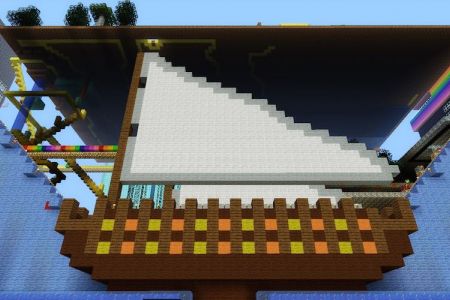 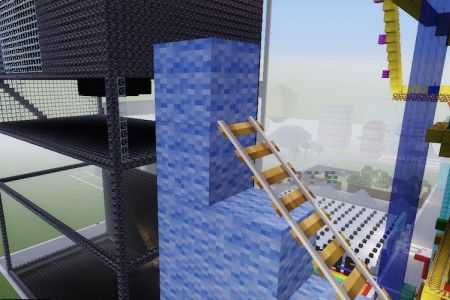 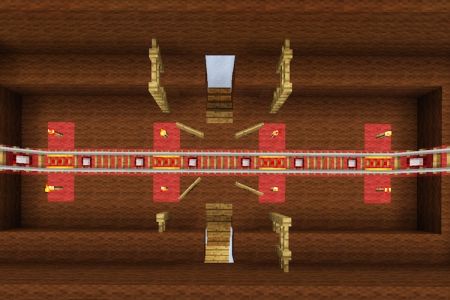 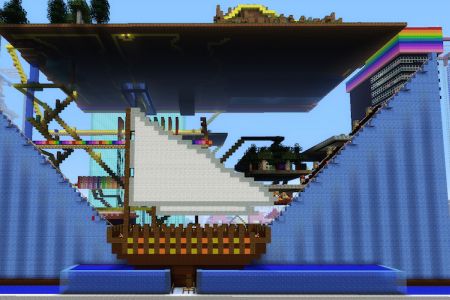 Most Recent Ride and Game Posts

Check out my gallery of easy to create Minecraft Maze's and find tips on making your own awesome maze.

The Minecraft Fun House I made is colourful, large, and full of twists and turns. Use it for inspiration to build your best, most fun, fun house.

Build a Minecraft Eating Contest and coordinate games to play with your friends, to see who can eat their food the quickest.

The Minecraft Dragons Nest Rollercoaster is designed to look like a dragon and as if you are riding up the dragons back, and around its nest.

The Minecraft dots game is an old paper and pen game that easily translates to Minecraft, so you can play it with your friends.

A Minecraft climbing wall is a great idea. I made mine extra colourful and put fireworks to be set off once you arrive at the top. Check out my pic and vid for inspiration to make your own.

This Minecraft Bedrock 1.16 Swamp Seed lands you near a large village, ruined portal, and witch hut with lots more on spawn map. Included is the seed number, map size, biome scale, coordinates, video, and photo gallery of the seed so check it out now!

5 villages are on spawn map in this Minecraft Bedrock taiga biomes seed found December 2020. Included is the seed number, map size, biome scale, coordinates, video, and photo gallery of the seed so check it out now!

On this Minecraft Bedrock warm biomes seed found December 2020 you spawn near a massive savannah village & badlands close by. Included is the seed number, map size, biome scale, coordinates, video, and photo gallery of the seed so check it out now! | Tanisha’s Craft

11 biomes are on spawn map of this Minecraft Bedrock all biomes seed found December 2020. There are also 3 villages and so much more. Included is the seed number, map size, biome scale, coordinates, video, and photo gallery of the seed so check it out now!